Is Your Nonprofit Ready for Giving Tuesday?

Still trying to figure out what this Giving Tuesday is all about? Were you an early adopter of this seven year movement? Or have you recently jumped on this fast moving bandwagon? Whichever the case, you will want to be part of it so you don’t get left behind.

The popularity of Giving Tuesday has grown into a global movement 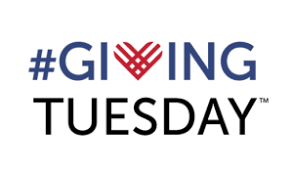 inspiring hundreds of millions of people to give, collaborate, and celebrate generosity. Over the past seven years it has been gaining momentum, raising millions for nonprofits around the country.

The first year, 2012, saw $10 million come in and ballooned to nearly $400 million by the end of 2018. Early adopters and supporters of this powerful movement included the donor management software, Blackbaud. Soon Facebook, PayPal, and Indiegogo stepped up to lead the way. Since then a broad spectrum of businesses such as Google, Microsoft, Skype, and Cisco have thrown their hat in.

How did Giving Tuesday start?

According to Wikipedia, Giving Tuesday, often stylized as #GivingTuesday for the purposes of hashtag activism, refers to the Tuesday after Thanksgiving. It is a movement to create an international day of charitable giving at the beginning of the Christmas and holiday season. Giving Tuesday was started in 2012 by the 92nd Street Y and the United Nations Foundation as a response to commercialization and consumerism in the post-Thanksgiving season. It always falls five days after the holiday. This year Giving Tuesday will take place on December 3, 2019.

It gives everyone the chance to unleash the power of people and organizations to transform their communities and the world. Whether you’re giving your voice, your time, or your money to improve the lives of others, generosity is one of the most powerful ways you can have an impact in the world.

Make Giving Tuesday work for you.

No doubt your email inbox is peppered with Giving Tuesday requests. Rather than responding to each one in the moment, or ignoring them all, be prepared by making your giving plan now. Start by designing your own giving strategy that reflects your values and passion by following these two easy steps.

Make a list of those causes or organizations you hold dear. For example, are you passionate about causes that help keep women and children safe like CALM, CASA, or Domestic Violence Solutions? Do you care more about providing housing like Habitat for Humanity, Peoples’ Self Help Housing, or Transition House? Is your biggest interest animals like Wildlife Care Network or the Santa Barbara Zoo? Are you interested in end of life care like Hospice of Santa Barbara? How about helping people recover from addictions like CADA or Rescue Mission or Casa Serena? Maybe you are most interested in helping the poor like Unity Shoppe. Perhaps you prefer to donate to environmental causes like Community Environmental Council. Or maybe you are more drawn to the arts and music like Music Academy of the West, Santa Barbara Museum of Art, Santa Barbara Symphony, Lobero, or Ensemble Theater. Or perhaps older adults concern you most like at the Friendship Center or VNA. You can also consider museums such as the Natural History Museum or the Botanic Garden or the Maritime Museum. You will find a plethora of nonprofits in the Santa Barbara area to choose from. In fact, Santa Barbara County has the second highest number of nonprofits per capita in California.

>>Step Two—Decide how you will give.

There are so many ways to give and remember that every act of generosity counts and everyone has something to give. Maybe you like volunteering for the Foodbank, or advocating for the underserved through the Fund for Santa Barbara, or donating cash to United Way, or giving your used treasures to Alpha Thrift Store. You can give kindness through the Mentor program at CADA, or contribute your talents—many nonprofits are understaffed or operating on a small budget and can’t afford the marketing, HR, technology, or planning resources that their missions deserve. Ask your favorite nonprofits what talent or expertise they need most.

You can form a group of neighbors or co-workers and give together toward a common cause. Be sure to share with others why you give so they will be inspired to do the same. You can spread the word by posting your #UNselfie on social media or share your story as part of the #MyGivingStory.

Giving takes so many forms. Decide which is best for you and for the organizations you choose. For example, you can write a check, give assets (like a used car), arrange for an IRA rollover, include the charity in your will, donate appreciated stocks or life insurance, or contribute to a donor advised fund through the Santa Barbara Foundation. Most gifts have a double benefit by being tax-deductible for the donor.

Be part of #GivingTuesday.

So get busy and jump on the giving bandwagon. You won’t want to miss this opportunity to contribute to your favorite cause. Just pick your organizations, identify the gifts you want to contribute, and take charge of your own #GivingTuesday campaign. Get ready to give on December 3 and every day.